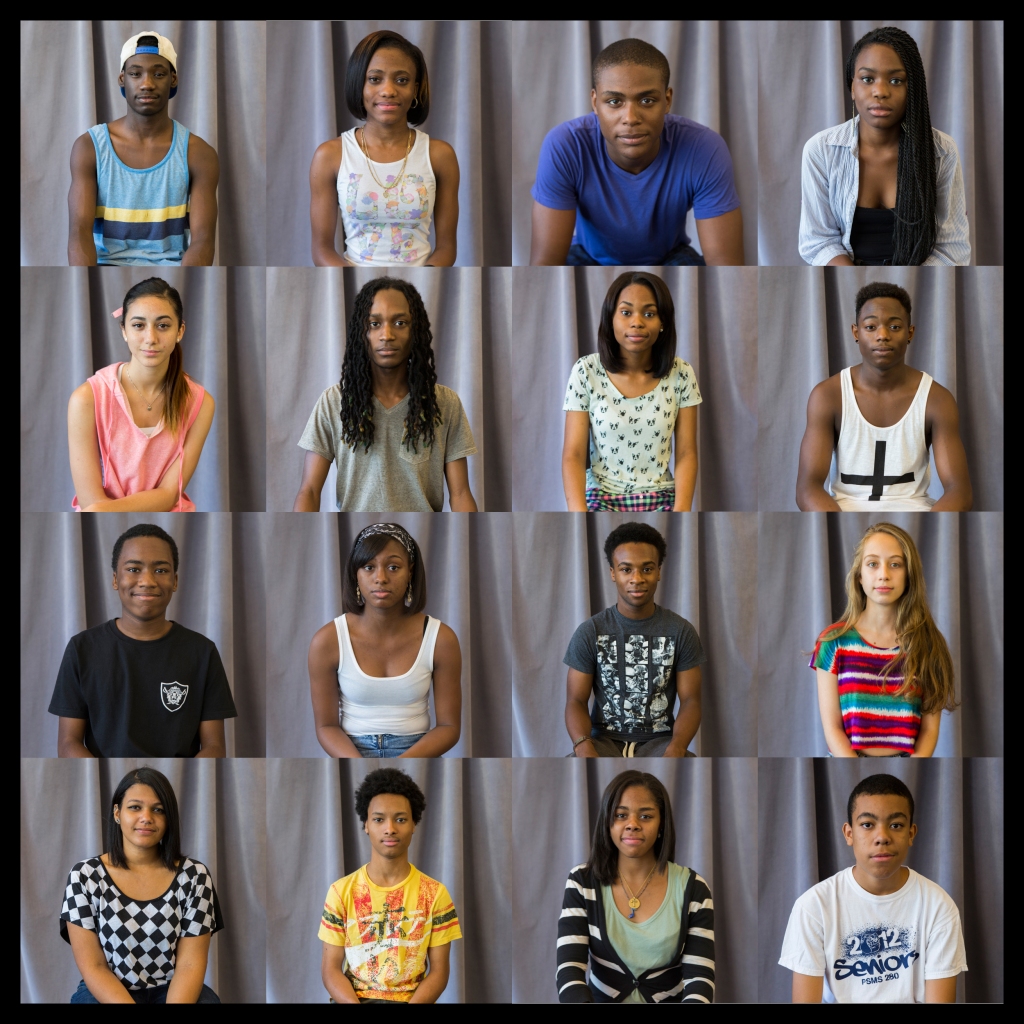 In July, 2014 Katzenstein and Nickol became photographers in residence for Opening Act, an organization that brings theater education into the New York City public schools. This series of portraits was taken during a session of their Theater Arts and Leadership Conservatory.

These students are 17 exceptionally focused, dedicated, and excited young people who are eager to build their abilities as emerging artists. The Conservatory offers them training in Shakespeare, Voice, and Scene Study, as well as Guest Artist Workshops on clowning, acting for film, and voiceover, to name a few. Students not only develop their artistic skills, but also their abilities as young, powerful leaders. Here’s what some of our students had to say about their experience at Conservatory:

“You guys changed me. I’m always thinking about the worst thing that could happen, all in my thoughts thinking about the sad stuff. But you guys bring out the happy spark in my life. I don’t really talk to my family, but being around you guys is making me more open and more willing to try to connect with them. I feel happier and better about myself. I feel like I can go out and do something with my life now. I don’t feel hopeless.” – Charlia

“This is the only place I can be me except with my family.” – John

“We bring out something in each other that doesn’t usually get brought out.” – Brandon

“So I was in Opening Act last year for the spring term and before that I was basically one of those kids who would come to school and go home. End of story. I did nothing. I had drawing on Saturdays and that’s all I did. And this year I’ve turned into a better person because of Opening Act. Every other year I was a mean person. I wouldn’t hear other ideas. Now I’m learning to be a nice person. My point is that you guys are mad nice and I would love it if Opening Act was at every school. It helps people. It has made me open up to people I would have never thought I could talk to, like my Mom. Last year was the year I opened up to her and asked her to come to the show and I was able to grow because of Opening Act.” – Reme

To view the series of portraits individually click here