Edge of Humanity Magazine Features I Was There: Inauguration of Donald J. Trump 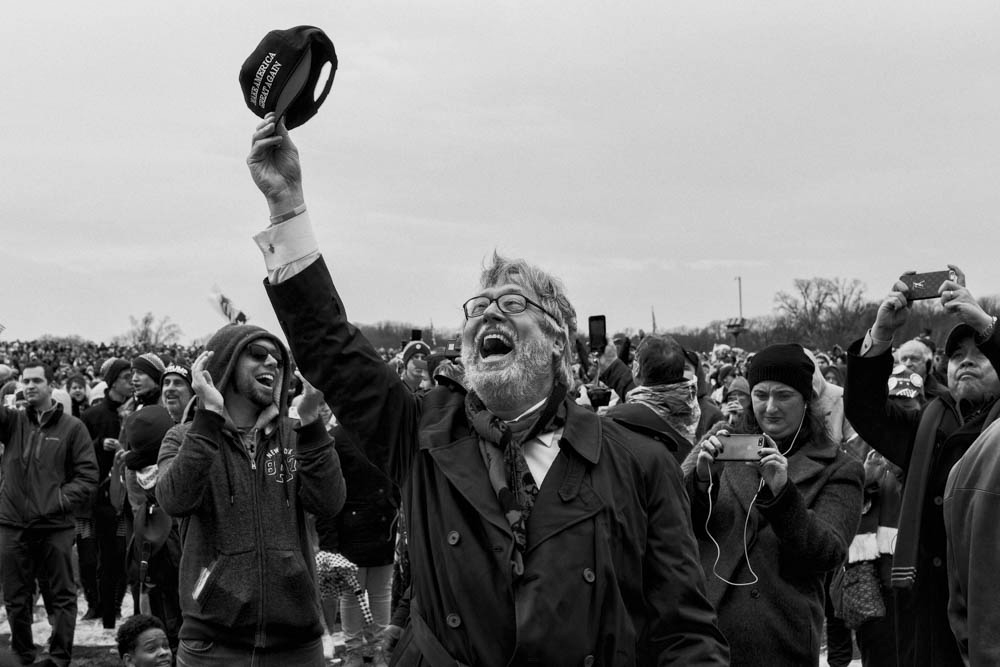 A selection of photographs from Katzenstein’s longterm project Inauguration 2017 is being featured in the current issue of the online magazine Edge of Humanity.

Katzenstein traveled to Washington, DC on Wednesday, January 18 to document the events surrounding the Inauguration of President Donald J. Trump. It is always a challenge to cover historical events with an objective eye, while at the same time relaying a visual point of view. On Thursday there were supporters who traveled long distances visiting the areas around the Capitol building and then the late afternoon concert at the Lincoln Memorial. The next day was the Inauguration, attended by all types. The crowds were sparse compared to Obama’s first inauguration in 2009, and the mood quite different.